The 12 commandments of Responsible Businesses

1. Regulate transnational corporations and financial markets to curb speculation; money laundrying; trade in arms and illegal drugs; corporate tax evasion; the international sale of chemicals and drugs banned in a corporation's home country; and anti-competitive practices such as  price-fixing cartels.

2. Establish rules and institutions to give access to beneficial environmental, health, and other technologies, especially lo low income people and countries.

3. Provide safeguards to prevent the international migration of invasive allien species; the pirating of indigenous knowledge; the patenting of life forms; the reckless introduction of genetically modified organisms into food supplies and the environment; and the use of child and slave labor to subsidize export production.

4. Establish ways individuals and communities harmed by the reckless actions of local subsidiaries of global corporations can sue to recover damages from the corporate parent.

7. Strengthen local, national and international food security through reforms that increase local and national food self-reliance; strengthen local ownership and protection of agricultural lands; encourage the use of sustainable organic methods; protect family farms; increase genetic diversity and prohibit the use of subsidized food exports by one country to undermine the food security of another.

8. Restore the democratic right of people to regulate financial and trade flows across their nation's borders, and to set the terms and standards by which others will be allowed to do business within their domestic economy.

9. Eliminate the debilitating international debts of low income countries and bring trade and international financial accounts into balance between countries.

12. Penalize countries that attack others by dumping products at prices substantially below the real costs of production; use bullying tactics to force country to open its markets to products it considers harmful or unnecessary; or disrupt a country's economy by uniterally imposing an economic embargo not sanctioned by the UN General Assembly. 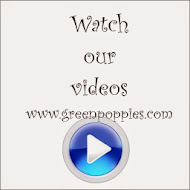